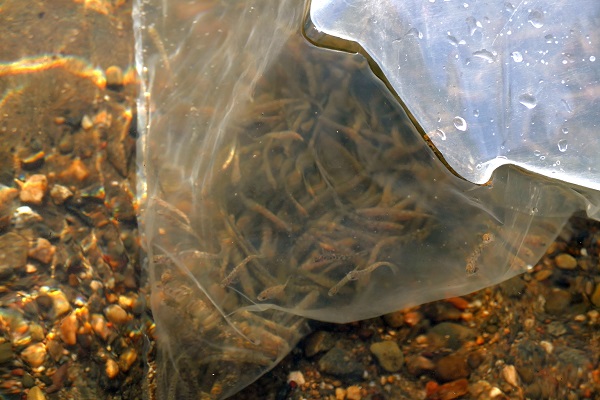 Arctic char fry are released into Qamutitsait Lake just north of Kuujjuaq on July 22. Some 12,000 of the baby fish were released, after being hatched at at Nappukaliuvik hatchery in Kuujjuaq last winter from eggs collected last fall. Naumivik Landholding Corp. launched the char hatchery as a way to help grow the Arctic char population in the region, with the support of Makivik Corp.’s Nunavik Research Centre. (PHOTO BY ALLEN GORDON)