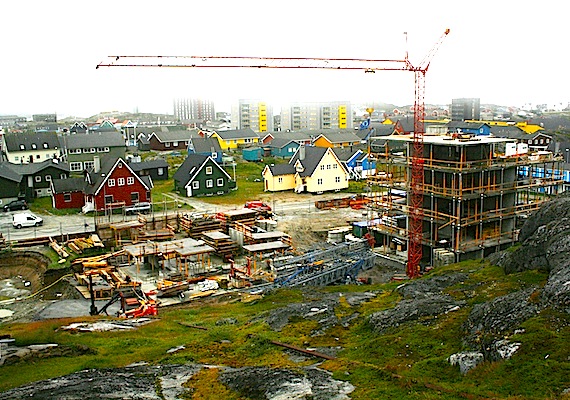 Here, another skyscraper is set to be erected in the centre of Greenland’s capital, Nuuk. Greenland is booming according to marketing manager at the Hotel Hans Egede Nicolai Jacobsen. “Greenland is still in a positive phase. Business is still growing and we are doing well,” he said. Mining and oil exploration is also set to take off in 2013. Oil companies such as the U.K.’s Cairn as well as Shell and Husky are planning exploration programs in Greenland next year, which has been described as a “Banner year” in Greenlandic magazine Oil & Minerals. (PHOTO BY DAVID MURPHY)