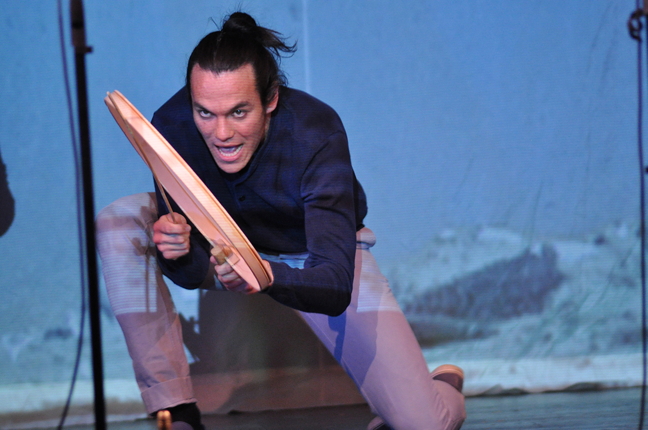 A member of the National Theatre of Greenland helps to re-enact the painful story of Minik, a Thule boy who, along with his family, was brought to New York by the American Museum of Natural History like an animal to be studied in 1897. The theatre came to Iqaluit this year to perform in the Alianait Arts Festival July 2. Minik’s family passed away from sickness shortly after they arrived in New York leaving Minik at odds with his own identity before dying of influenza in 1918. The troupe’s appearance at the festival marks the first time the play has been performed in Canada. Read more later on nunatsiaqonline.ca. (PHOTO BY THOMAS ROHNER)