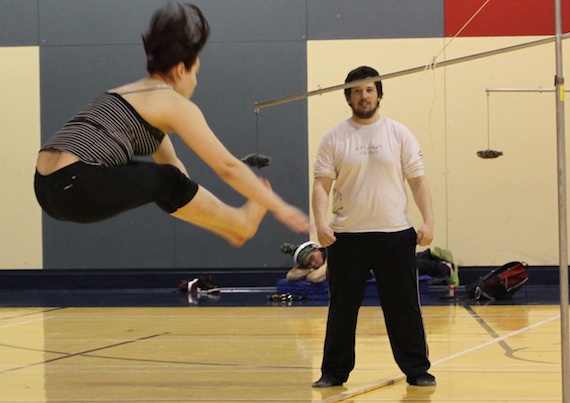 Penina Chamberland tests her expertise in the two-foot high-kick during this past weekend’s Arctic Winter Games trials in Kangiqsualujjuaq. More than 100 athletes from Nunavik’s Ungava Bay communities attended the trials April 26 to April 29 in the hopes of gaining a spot on Team Nunavik-Québec at the 2014 AWG in Fairbanks, Alaska. Read more about the trials later on Nunatsiaqonline.ca. (PHOTO COURTESY OF THE KATIVIK REGIONAL GOVERNMENT)