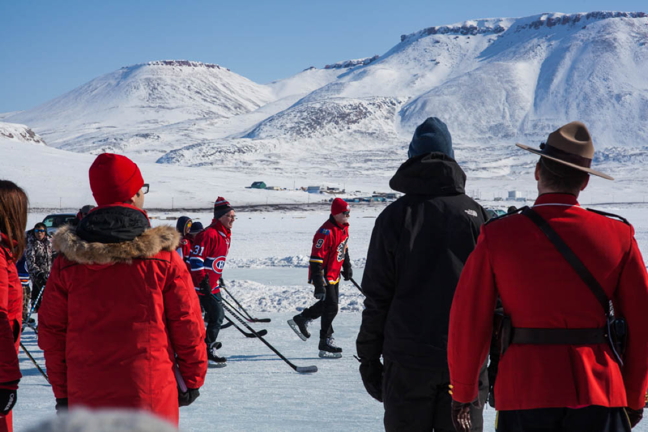 Could it get any more Canadian? Arctic hills, a mountie in serge and a pair of NHL greats playing shinny with a bunch of kids outside. Lanny McDonald, with moustache in a Flames jersey, and Mark Napier, in Habs jersey, visited Arctic Bay April 29 as part of a Stanley Cup tour through seven northern communities this spring sponsored by Project North. Practically the whole community came out under the bright spring sunshine to get autographs and have their photo taken with the Stanley Cup which had been ferried around town on an ATV. Project North, which raises money and delivers new hockey gear to northern kids, has so far donated $700,000 worth of equipment to 22 communities in Nunavut and two in Labrador. (PHOTO BY CLARE KINES)