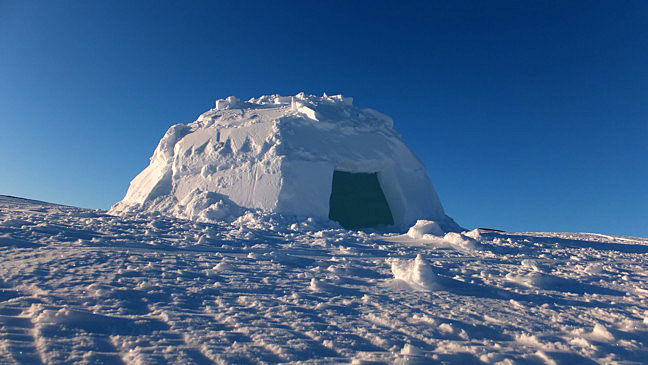 The Sanikiluaq Christmas games featured an igloo-building contest that was open to everyone. This igloo was built by one man and two helpers in fewer than 20 minutes. Sanikiluaq resident Robert McLean said, “If they had been building one for use when out on the land, I think they would have taken their time, but they’d still be finished in less than an hour. Pretty fantastic when you stop to think about it.” (PHOTO BY SARAH MEEKO)