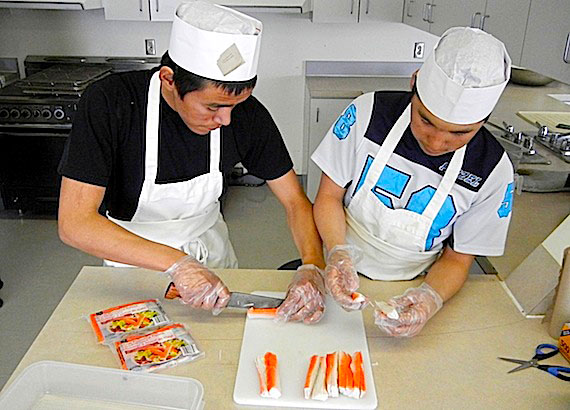 Noah Adamie Qumaaluk and Noah Tulugak, students in Alain Cloutier’s Independent Pathways of Learning class at Puvirnituq’s Iguarsivik School, cut up crab for sushi. This week they and their classmates are producing more than 70 boxes of sushi which they pre-sold for $15 a box. Since the beginning of the school year, they’ve earned roughly $10,000 which will help pay for their trip to the Laurentians in southern Quebec next month. (PHOTO BY JANE GEORGE)