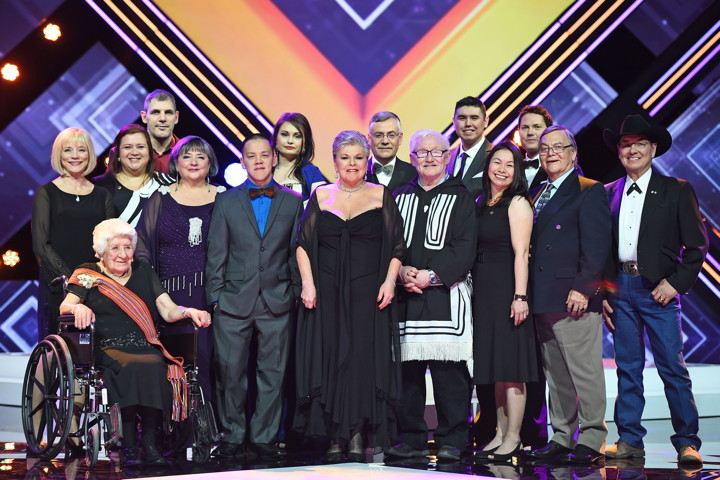 Four Inuit, three from Nunavut, were honoured at a gala ceremony in Calgary Feb. 27. The Indspire awards, handed out annually, are considered by some to be the highest honour bestowed by Indigenous people on their own achievers. “They recognize the success of individuals who have the discipline, drive, and determination to set high standards and accomplish their goals,” their website says. “They promote self-esteem and pride for the Indigenous community and provide outstanding role models for Indigenous youth.” Inuit recipients include CBC Iqaluit’s Jordan Konek (grey suit, blue shirt, in front), Naujaat elder Piita Irniq (front, traditional black and white men’s jacket), former Iqaluit mayor and social advocate Madeleine Redfern (to the right of Irniq), and Nunatsiavut’s Gerald Anderson of Memorial University’s Fisheries and Marine Institute (back row, to the left of Irniq). (PHOTO COURTESY OF INDSPIRE)