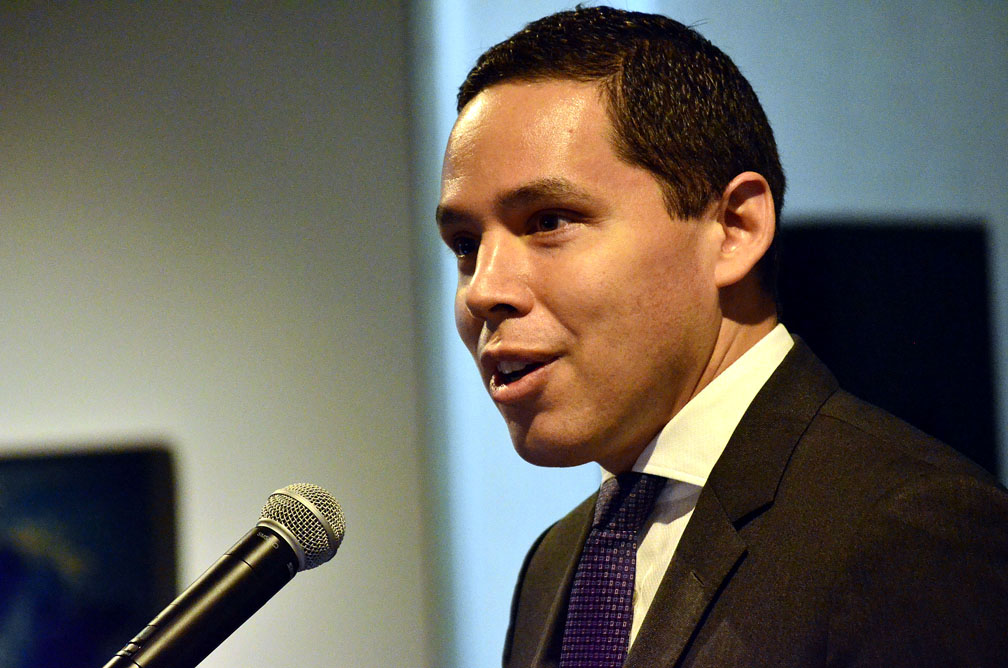 Natan Obed, the president of Inuit Tapiriit Kanatami, speaks at the Canadian Museum of Nature in Ottawa yesterday, March 22 at the launch of the National Inuit Strategy on Research. In the strategy, ITK says that for far too long, researchers and research institutions have benefitted the most from scientific research within Inuit Nunangat, and that to this day, despite being one of the most studied people on Earth, Inuit have been marginalized by research activities. To correct that, they insist that governments, scientific researchers and institutions must make way for Inuit self-determination in research. The five-point strategy describes ways to increase Inuit governance in research, create more ethical research, align funding to Inuit priorities, ensure Inuit ownership and access of their data, and build more capacity for research in Inuit Nunangat. Read more later this Monday on nunatsiaq.com. (PHOTO BY JIM BELL)