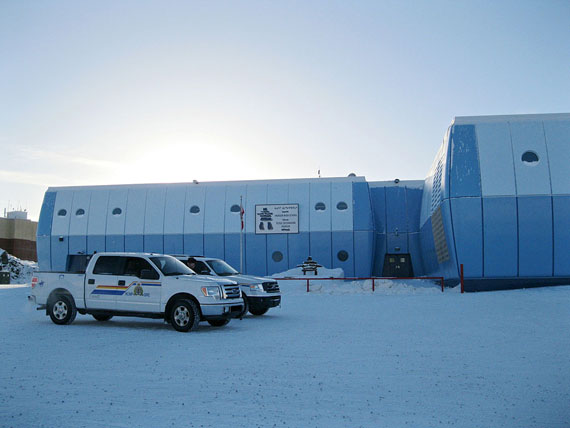 All staff and students at Inuksuk High School in Iqaluit were cleared from the building at about 11:00 a.m., Jan. 30, after the school received a bomb threat. RCMP helped with the evacuation. The school’s parking lot lay empty at noon, except for two RCMP vehicles, as police officers searched the building. “We’re just waiting for the police to tell us we can go back in,” the school’s vice principal, Romeyn Stevenson, said early in the afternoon. Classes will not resume until the next day, he said, because buses are not available. About 300 students, 40 staff and 30 daycare kids took the afternoon off. The bomb threat was made via a hand-written note, Stevenson said, and police are investigating. (PHOTO BY PETER VARGA)