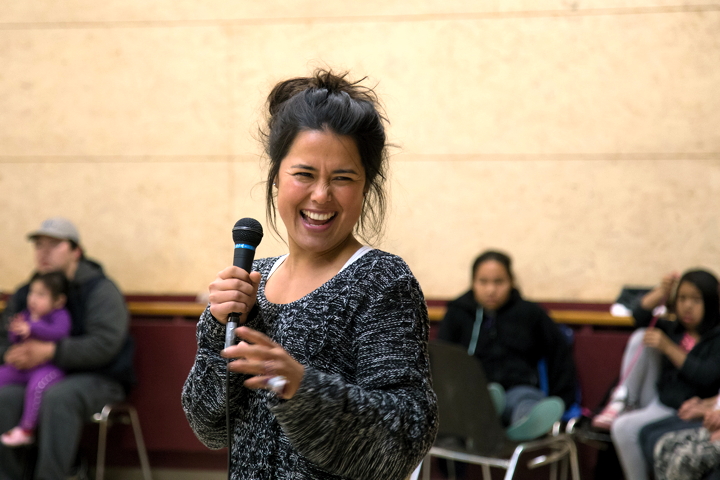 Ariel Tweto, start of the reality TV show Flying Wild Alaska, is continuing her northern speaking tour with a stop in Kugluktuk. She spoke at the Kugluktuk Recreation Complex Sept. 28 to an appreciative group of fans. Tweto, who was raised in Unalakleet, Alaska, and now lives and works in California, is bringing her inspirational message about embracing life and shunning suicide with funding and support from First Air, the Kitikmeot Inuit Association and Sabina Gold and Silver Corp. (PHOTO BY JESSE AJAYI)