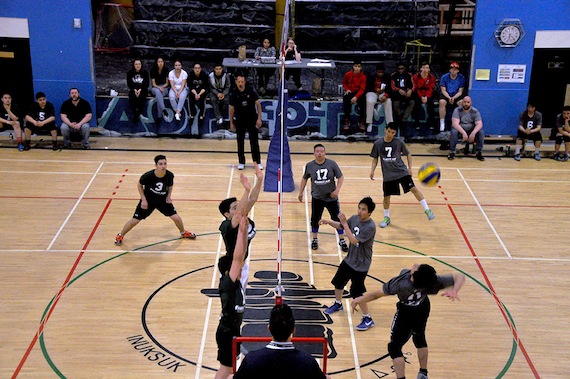 The action is on as, volleyball players compete in the 2017 Male 18U Male Championship Tournament, held May 27 and May 28 in Iqaluit’s Inuksuk High School. During this tournament,16 athletes were invited to try out for high performance team, which will represent Nunavut at both the Arctic Winter Games and the North American Indigenous Games which will take place in Toronto this summer. The territorial final standings after the tournament saw the Iqaluit Huskies in first place. You can see more photos from the tournament on the Nunatsiaq News Facebook page. (PHOTOS BY THOMAS ROHNER/VOLLEYBALL NUNAVUT)