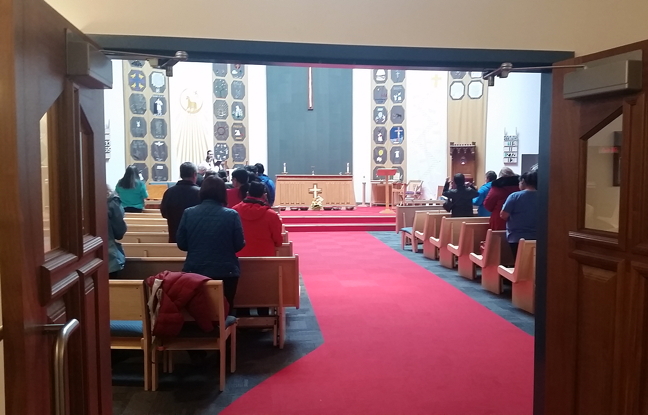 More than 60 people, almost all Inuit, remember Benjamin Palluq April 28 during a one-hour service at Iqaluit’s St. Jude’s Anglican cathedral. Palluq, a homeless man, who was well-known and liked in Iqaluit, disappeared early in 2014. He was never found, despite an extensive community-wide search. “It’s very difficult to hold this service because he was never found. He’s still missing,” said a family member, who was overcome with grief. “But I wanted this service to be held because he deserved a service. He can’t be forgotten.” Palluq’s disappearance reminds many Iqalungmiut of issues like homelessness and mental illness — issues which governments are not doing enough to address, some say. “I’d like to thank all the people that welcomed Ben into their home when he was cold, fed him when he was hungry. We know he was homeless, but so many people opened their doors for him,” a family member said at the service. (PHOTO BY THOMAS ROHNER)