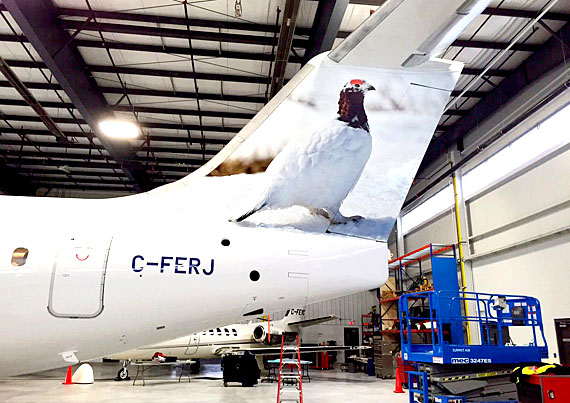 First Air unveiled its latest tail design: a ptarmigan, snapped by photographer Michelle Valberg outside Arviat in 2013. The Arctic bird appears on one of First Air’s Avro RJ85s, which is set to start flying the Edmonton-Yellowknife-Normal Wells-Inuvik route at the end of July. Ottawa-based Valberg, who has extensively toured and photographed Canada’s North, has another image on the tail of a First Air plane — a photo of king eider ducks. (PHOTO COURTESY OF MICHELLE VALBERG)