Photo: Kenny, aren’t you going to share that pie? 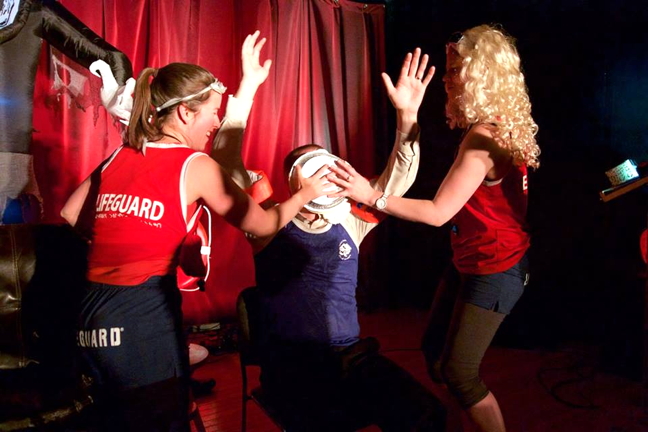 Pie right: the former Iqaluit city councillor, the outspoken Kenny Bell, surrenders to a pie in the face from city staffers Mélodie Simard, left, and Amy Elgersma at a Mahaha Comedy roast Oct. 31 in Iqaluit. The roast, the first of its kind for Mahaha, featured plenty of good-natured ribbing and a video loop of Bell’s greatest hits at council, including that infamous “I’d rather dig my eyes out with my bare fingers than come to this room,” admission when his frustrations with the city peaked this past summer. Organized to mark Bell’s departure from municipal politics last month, the sold-out event overflowed with gags, right down to the choice of the night’s fundraising recipient — the city’s new aquatic centre — which Bell has consistently opposed on the grounds the city can’t afford it. See story, and more great photos, later on Nunatsiaqonline.ca. (PHOTO BY VINCENT DESROSIERS)