Photo: Key policies not followed in death of Nunavut baby 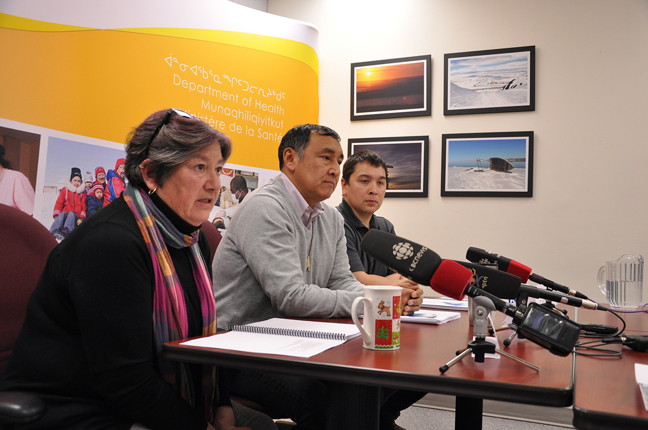 Nunavut’s health minister Paul Okalik, centre, with South Baffin MLA David Joanasie and lawyer Katherine Peterson in Iqaluit Nov. 30 for the release of Peterson’s report into the 2012 death of three-month-old Baby Makibi in Cape Dorset. Peterson said key health department policies were not followed before and after the tragedy and that the health department’s chain of communication after the death broke down. “I called my report, ‘A Journey Through Heartache,’ because that’s exactly what it was for Makibi’s family,” Peterson said. Among her 47 recommendations on how the GN can learn from this tragedy is a recommendation that an inquest be held into the factual uncertainties her report couldn’t resolve, especially around the events immediately before and after the baby’s death. But that inquest, Peterson said, should happen only at the request of the family. Read more later on nunatsiaqonline.ca. (PHOTO BY THOMAS ROHNER)