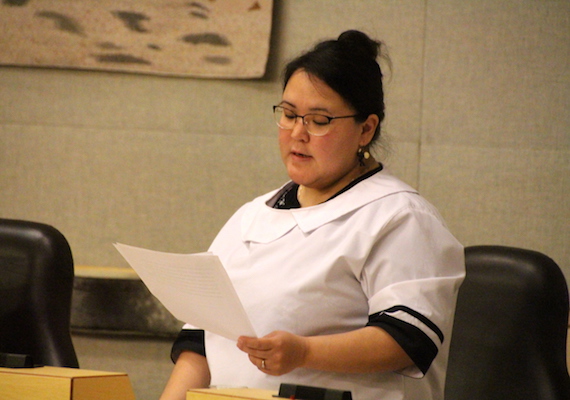 A day after the majority of voters in Kugluktuk decided to abolish its alcohol education committee, Kugluktuk MLA Mila Kamingoak said on Tuesday, Oct. 23, in the Nunavut legislature that “the strong turnout in the plebiscite shows that residents are fully engaged on this issue facing the community. This is healthy for democracy and healthy for the community.” The vote saw more than 60 per cent voting in favour of getting rid of the committee, which they had established in 2007. Kamingoak also thanked the residents who had previously served on the alcohol education committee for their service. (PHOTO BY BETH BROWN)