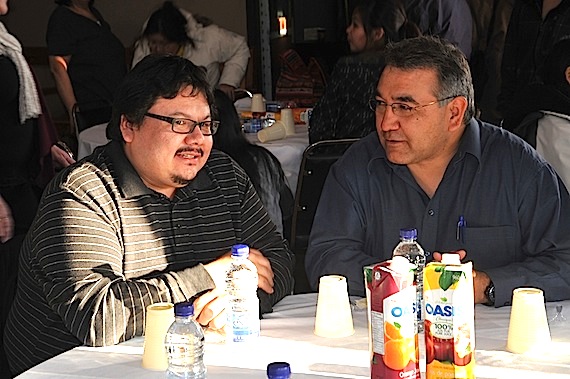 Davey Bobbish, who was elected chief of Chisasibi on March 8, speaks with Jobie Tukkiapik, the president of Makivik Corp., March 29 at a supper hosted by the community of Chisasibi, which included local wild foods such as beaver, moose and fish. Read more on Nunatsiaqonline.ca about the Makivik annual general meeting in Chisasibi, which wraps up March 30. (PHOTO BY JIMMY SAM)