Photo: Classic book Life Among the Qallunaat re-launched in Edmonton 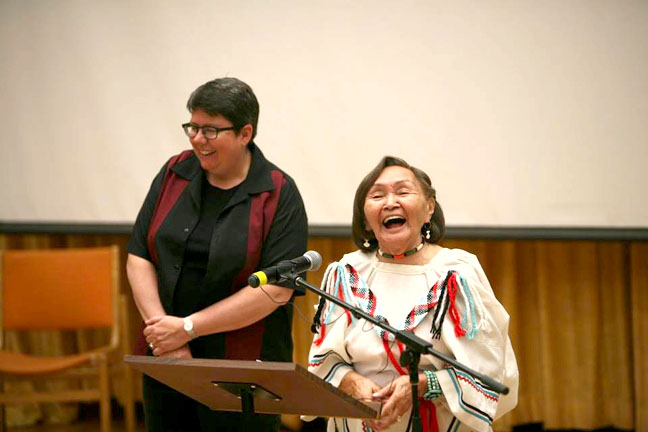 Mini Aodla Freeman (right) laughs, with editor Julie Rak at the Edmonton launch of a new edition of “Life Among the Qallunaat,” the story of Aodla Freeman’s experiences growing up in the Inuit communities of James Bay and her journey in the 1950s from her home to the South. Born in 1936 on Cape Hope Island in James Bay, she began nurse’s training at Ste. Therese School in Fort George, QC. at age 16, and later moved to Ottawa to work as a translator for the federal government. “Life Among the Qallunaat” was first published in 1978 and has been translated into French, German and Greenlandic. It’s now been reprinted by the University of Manitoba Press as part of the First Voices, First Texts series which publishes lost or underappreciated texts by indigenous writers. This edition includes revisions based on the original typescript, an interview with the author and an afterword. (PHOTO BY LES DANYLUK)