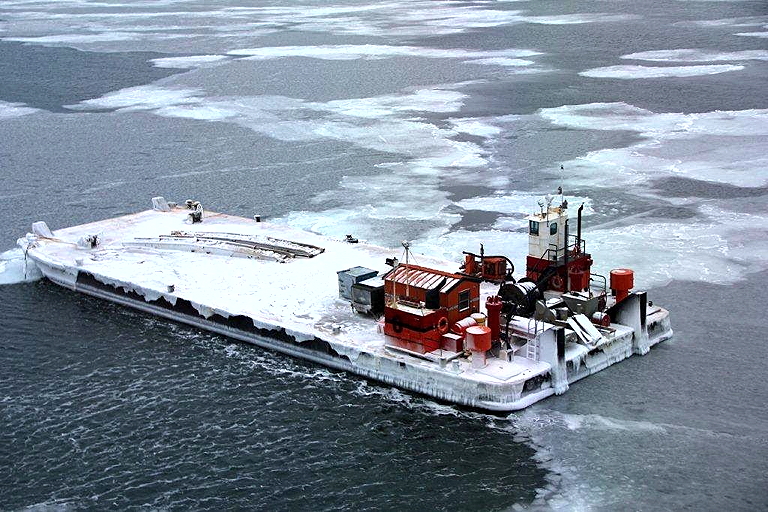 This ice-clad Northern Transportation Co. Ltd. barge is now drifting close to the coast of Russia, says the United States Coast Guard. The 40-metre barge broke loose from its tug last October while en route to Tuktoyaktuk in the Northwest Territories. The barge holds 3,500 litres of diesel fuel for its engines, but no cargo. In November, the U.S. Coast Guard planted a GPS tracker onboard, held in place by sandbags. The barge’s progress has surprised some observers because it’s travelling up to three knots an hour — about 5.5 kilometres an hour — even through ice. Plans to retrieve the barge may go ahead in the spring. (PHOTO COURTESY OF THE USCG)