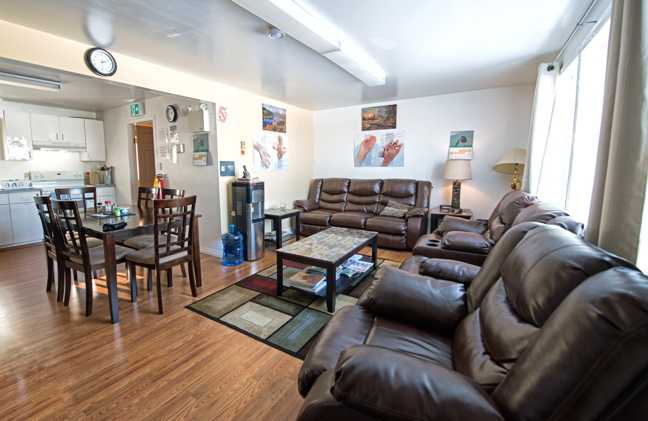 A peek inside the common area of Cambridge Bay’s new eight-bed Omingmak Centre men’s shelter which officially opened Feb. 9. Sen. Dennis Patterson rose in the Senate March 8 to speak about the new shelter in a donated building renovated with federal and territorial dollars. “Since its opening, on a day when the temperature was minus 33 degrees Centigrade, the shelter has run at full capacity and currently has a waiting list,” Patterson told his Senate colleagues. “In a territory whose climate is harsh and unforgiving in winter, it is imperative that safe, clean and appropriate shelter be made available to Nunavut’s homeless. Sadly, the need is great in these communities due to a lack of traditional housing options in Nunavut.” (PHOTO BY DENISE LEBLEU IMAGES)