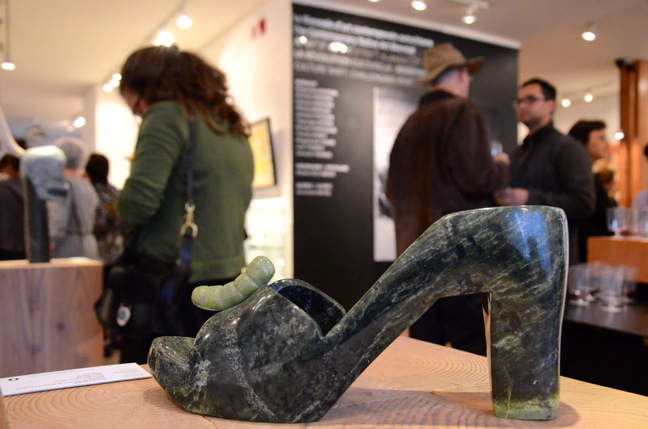 Jamasie Pitseolak’s “Scrub” is now on display at the The Canadian Guild of Crafts in Montreal. The Guild revealed its new exhibition April 29 in Montreal called “Culture Shift: Challenging Identity” as part of the third edition of the Contemporary Native Art Biennial. Thirteen artists from Nunavut and Greenland are featured in the exhibition through sculptures, prints, drawings, paintings and video including Shuvinai Ashoona, Jutai Toonoo, Qavavau Manumie and Geronimo Inutiq. “This exhibition challenges the stereotypes found in the media but also in traditional Inuit art,” said communications coordinator Karine Gaucher. “We have chosen works that further reflect their reality of northern life and question the Inuit identity.” The exhibit is at The Guild until June 18. (PHOTO BY DAVID MURPHY)