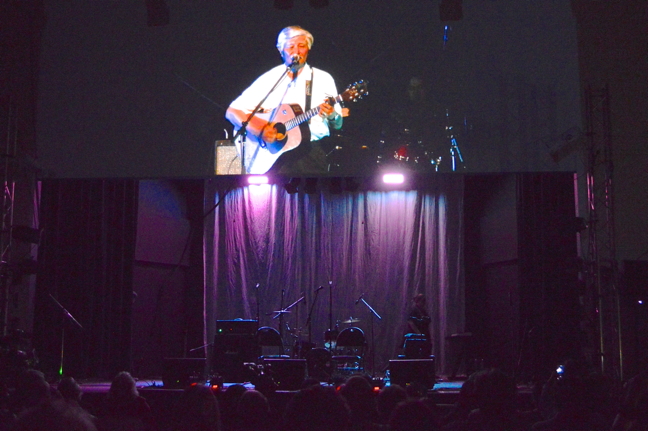 Alianait organizers and concert-goers honoured beloved Nunavut singer-songwriter Etulu Aningmiuq, June 30, at the first Alianait Arts Festival since his passing. Alianait crews played a video of Aningmiuq’s last appearance at the annual Iqaluit festival, projected above an empty stage. As the video ended, attendees gave a rousing, and final, round of applause for the late singer — a staple of Nunavut music since the 1980s. Aningmiuq passed away in February at the age of 69, after a short battle with cancer. (PHOTO BY STEVE DUCHARME)