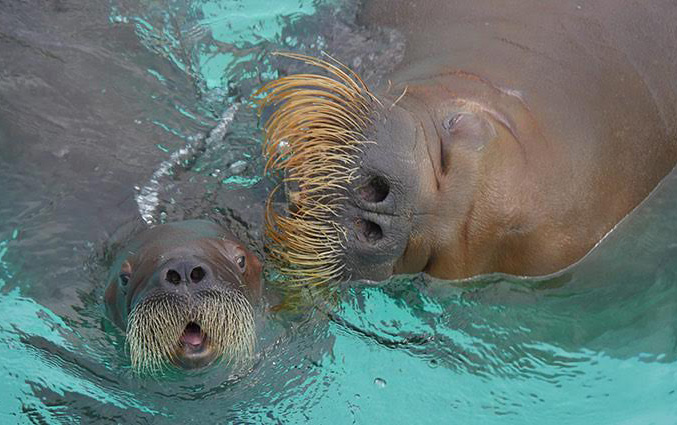 Arnaliaq, born near Akpatok Island in Nunavik, poses with her month-old walrus pup, a female born May 7 at Aquarium du Québec. Another female walrus at the aquarium, Samka, gave birth to male pup May 23 – both are among the first walruses to be born in captivity in Canada. Now the aquarium is looking for names for the two little ones. From now until June 8, you can submit your suggestions to the aquarium’s Facebook page at www.facebook.com/aquariumduquebec. A jury will select the top ten suggested names, which the public will then have a chance to vote on. The chosen names will be revealed June 23. (PHOTO COURTESY OF THE AQUARIUM DU QUEBEC)