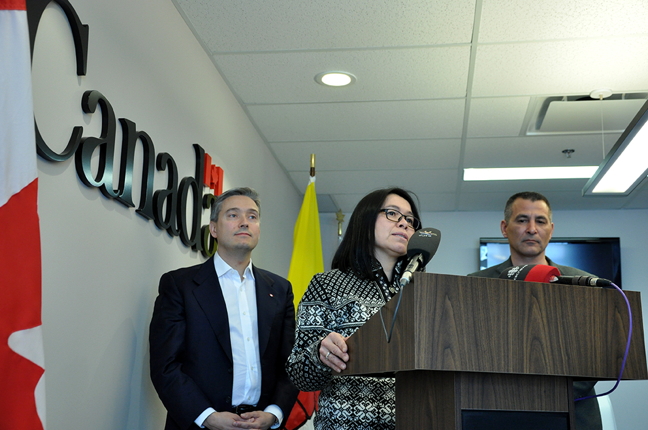 Iqaluit mayor Madeleine Redfern addresses media in the Qamutiq Building in Iqaluit April 1 alongside Nunavut MP Hunter Tootoo, right, and François-Phillippe Champagne, parliamentary secretary to the federal finance minister. Champagne met with territorial, municipal and Inuit leaders April 1 to discuss the federal budget, released earlier this month. The three politicians accepted questions from media for 30 minutes, but provided no details not already contained in the budget. Tootoo said he could not describe how the Liberal government plans to change the Nutrition North program but when asked if the public would be consulted on those changes, Tootoo said, “Absolutely…everyone will get their say.” (PHOTO BY THOMAS ROHNER)