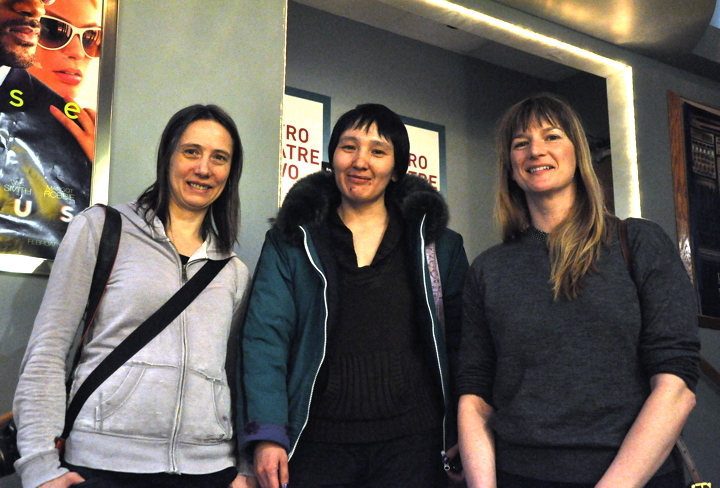 Bonnie Ammaaq, centre, poses on the Astro Theatre steps in Iqaluit March 4 with Alicia Smith, right, and Michelle Van Beusekom, both from the National Film Board of Canada. Ammaaq screened two short films she directed to an audience of about 120 people. Both were produced in partnership with the Nunavut Film Development Corp. and presented by the NFB. Nowhere Land, a 15-minute film about the 11 years Ammaaq spent growing up at a Baffin Island outpost camp, showed Ammaaq struggling to adapt to “city life” in Igloolik after leaving the camp. “We were strong enough to live there… we were not bored,” Ammaaq said in the film, about her home on the land. Ammaq screened a second film called Family Making Sleds, a five-minute short which ended with a boy and his little sister sledding down a hill, while they are squealing and giggling. (PHOTO BY THOMAS ROHNER)