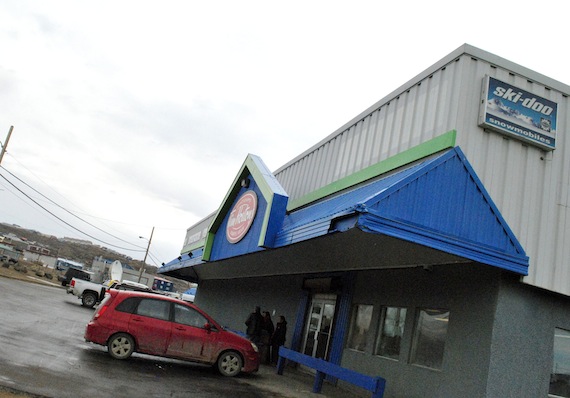 An employee of Iqaluit’s North Mart ended up at the Qikiqtani General Hospital early on the morning of June 19 after being attacked by two dogs. The city’s municipal enforcement office says that a dog was shot by the RCMP, while another is now in the pound under surveillance. The body of the dog that was shot was sent south for analysis, City of Iqaluit chief municipal enforcement officer Kevin Sloboda said. Read more about the incident later on Nunatsiaqonline.ca. (PHOTO BY JIM BELL)