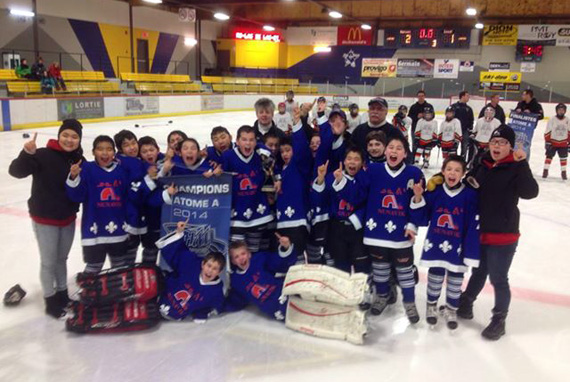 Nunavik is celebrating its second hockey championships of 2014, following the Nunavik Nordiks Atoms’ first-place finish at the St-Raymond 2014 provincial hockey tournament in southern Quebec. The Nordiks came from behind to win the tournament Feb. 2 after a 2-1 victory over the Lac Etchemin Pro-Lac. The Nordiks were down 0-1 with 20 seconds left in the third period, when captain Robert Makimmak scored to tie the game. Hosea Aculiak scored another goal with less than a second left in the game to clinch the tournament. The Nordiks’ midget team won another provincial championship in southern Quebec last month. (PHOTO COURTESY OF THE NUNAVIK NORDIKS)