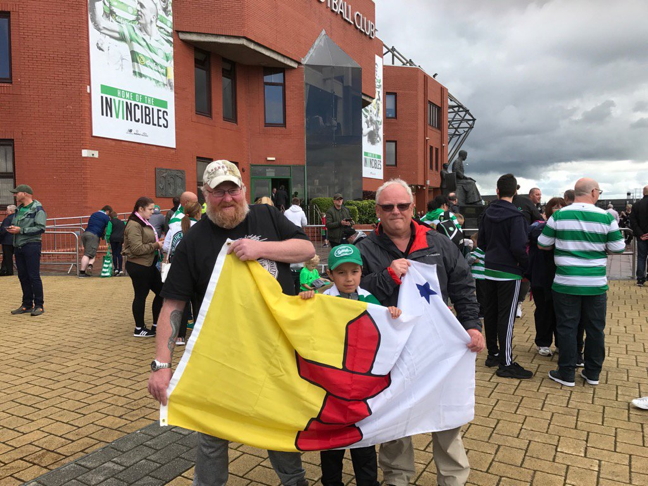 Donald Mearns of Pangnirtung, left, grandson Duncan Mearns, eight, of Iqaluit and Ronnie Campbell, former assistant Auditor General of Canada and now a board member for the Qullliq Energy Corp., take in a game of football (soccer) Aug. 26 at the famous Celtic Park in Glasgow, Scotland, home of the Celtic Football Club. This was Duncan’s first game. He’s been a Celtic fan since his grandparents bought him a Celtic jersey several years ago and he was amazed at how much noise a crowd of 60,000 footballers can make. (PHOTO COURTESY RONNIE CAMPBELL)