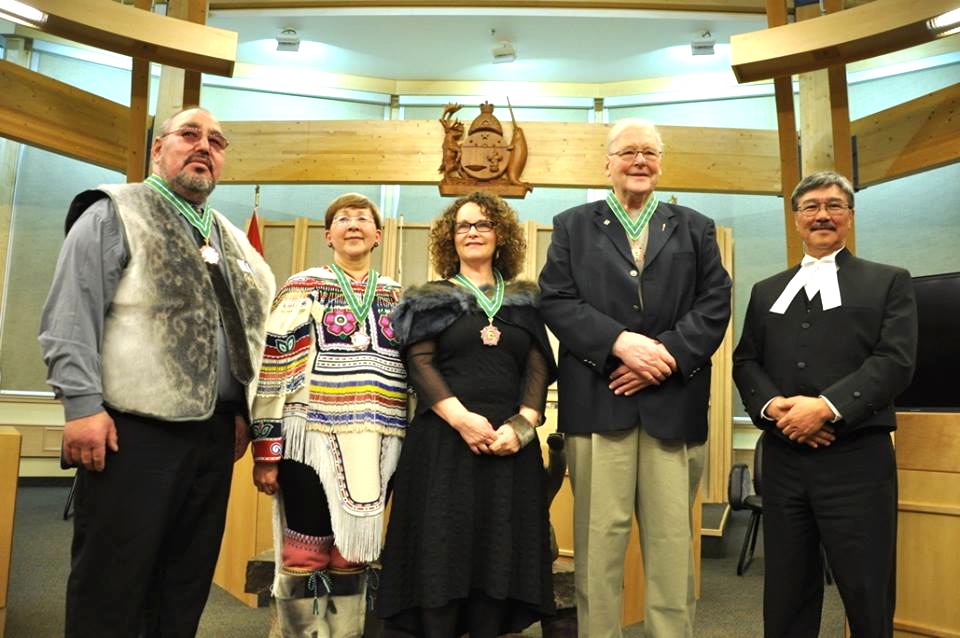 An Order of Canada recognition for Iqaluit’s Ellen Hamilton: Governor General David Johnston announced June 30 the appointment of Hamilton (seen here, middle, receiving the 2016 Order of Nunavut) to the Order of Canada, “for her dedication to the promotion of Inuit arts and culture, and for her efforts to support Arctic performers and artists.” Hamilton is an Iqaluit-based artist, film director and producer and a founding member of the Qaggiavuut Society and its Qaggiq Project, which was a 2015 laureate of the Arctic Inspiration Prize. Hamilton and the 98 other recipients, announced June 30, will be invited to accept their insignia at a ceremony to be held at a later date. (FILE PHOTO)