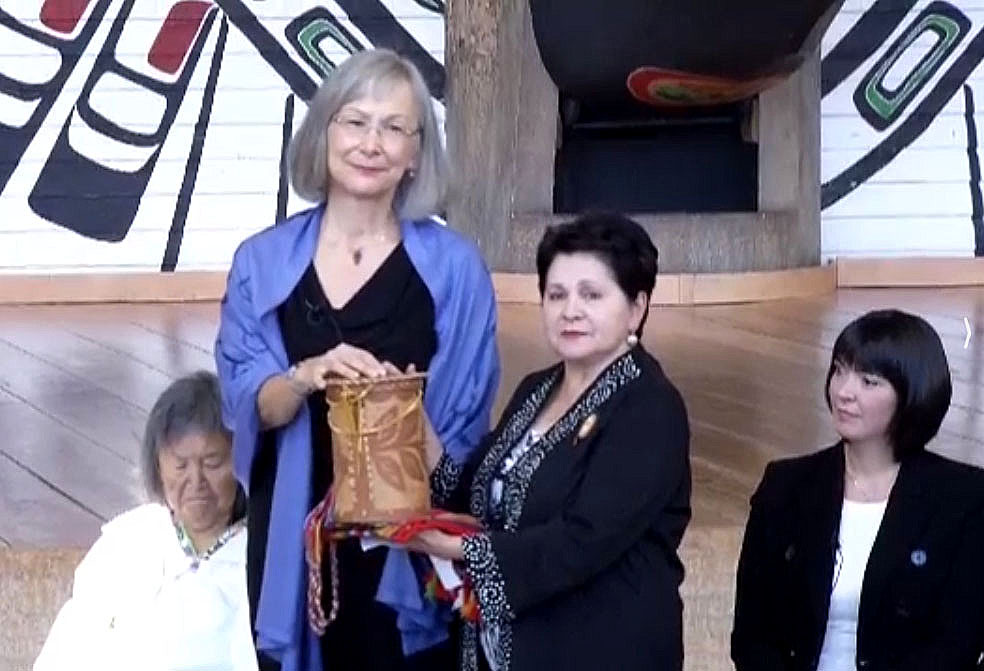 Marion Buller, a First Nations judge who sits on the B.C. provincial court (standing) who will serve as chief commissioner of the federal government’s National Inquiry into Missing and Murdered Indigenous Woman, receives a gift from an Algonquin elder at the inquiry’s Aug. 3 launch in Gatineau, Que. On the left is Inuit elder Sally Webster and on the right sits Qajaq Robinson, one of the other four commissioners. The first phase of the inquiry will cost nearly $54 million and run from Sept. 1, 2016 until Dec. 31, 2018. At the same time, Justice Canada will give provinces and territories $11.67 million over three years to fund family liaison services and another $4.5 million for victims services. Read more on Nunatsiaqonline.ca (VIDEO CAPTURE)