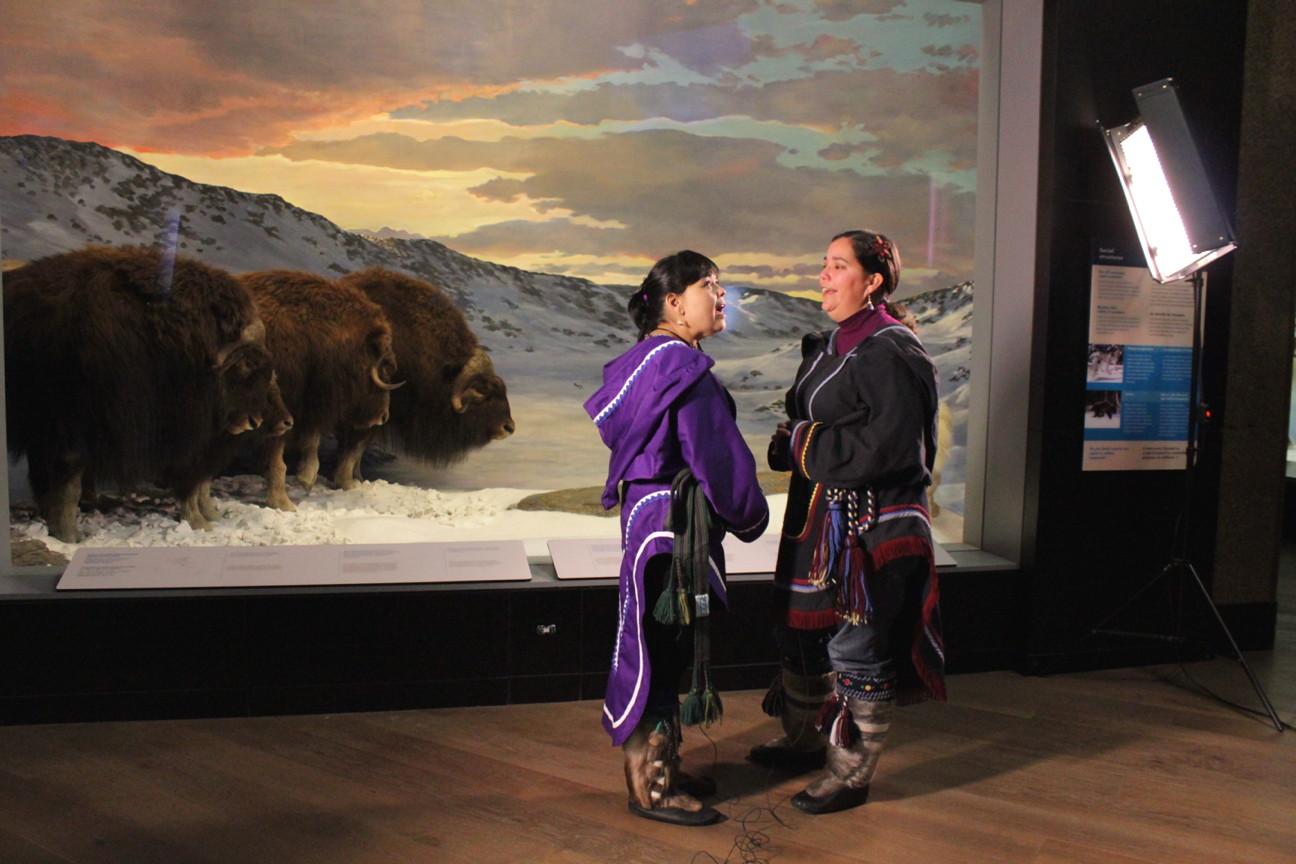 Throatsinging karaoke? An upcoming traveling Arctic exhibit being assembled by Sudbury’s Science North and the Canadian Museum of Nature in Ottawa will feature a karaoke booth where visitors will be invited to learn how to throat sing and even record themselves singing along with a video partner. Museum staff filmed Lynda Brown, left, and Heidi Langille, in front of the muskox diorama at the Canadian Museum of Nature Nov. 25 as part of that karaoke project. For more on what it’s like to throatsing alone, into a camera, to an imaginary viewer, read our story later on nunatsiaqonline.ca. (PHOTO BY LISA GREGOIRE)