Photo: Qamotik season is nearly over in the Arctic 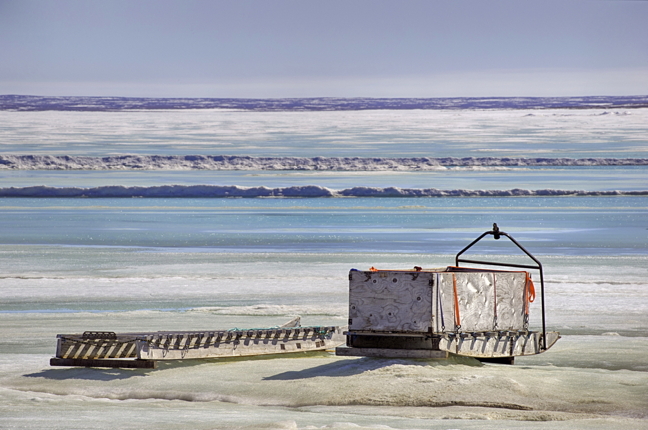 A qamutik sits perched on melting sea ice in Cambridge Bay June 5. Snowmobile season has nearly ended in most southern Arctic communities though hunters and travellers further north still might have a few weeks left before putting their winter gear in shacks for summer. RCMP and government officials warn travellers to beware of changing ice conditions this time of year and urge people to bring extra food, clothing and fuel in case of mishaps along with a SPOT locator device that can be borrowed from your local HTO or municipality. (PHOTO BY DENISE LEBLEU IMAGES)