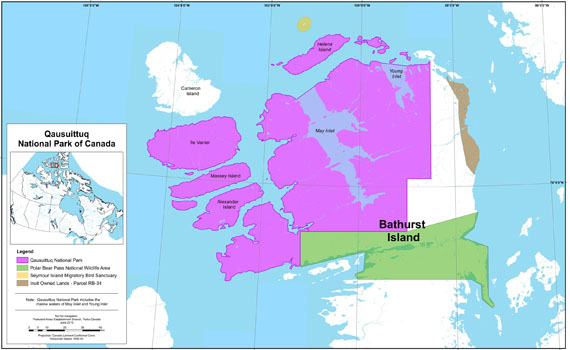 Take a look at Canada’s latest national park. The Qausuittuq National Park of Canada Act sped through the Senate this week and received royal assent June 24, which means the legislation will take effect Sept. 1, 2015. The park protects 11,008 square kilometres and Parks Canada will spend $21.9 million over seven years to develop and run it, creating four full-time jobs, with a budget of about $2.6 million a year thereafter. In their Inuit impact and benefit agreement with the Qikiqtani Inuit Association, they also promise to hire and train an Inuk park manager within five years. (MAP COURTESY OF PARKS CANADA)