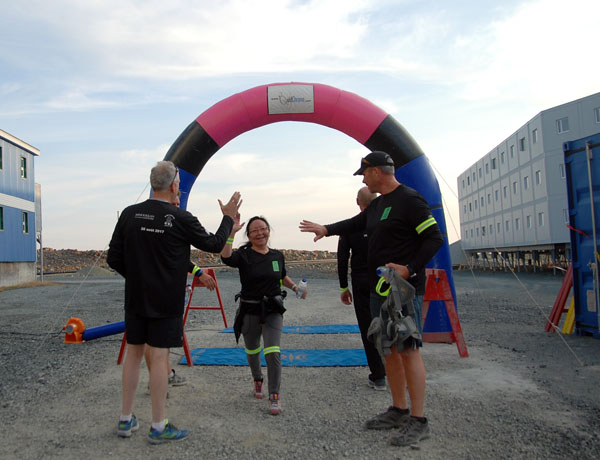 Raglan Mine employee Lizzie Kulula of Quaqtaq is greeted at the end of a five kilometre run she took part in last month at the Nunavik mine site. The Glencore nickel mine is marking its 20th anniversary of operations this year and to celebrate, the mine shut down one of its production roads for two hours to allow more than 100 staff members take part in the run. (PHOTO BY M. LAUZON/RAGLAN)