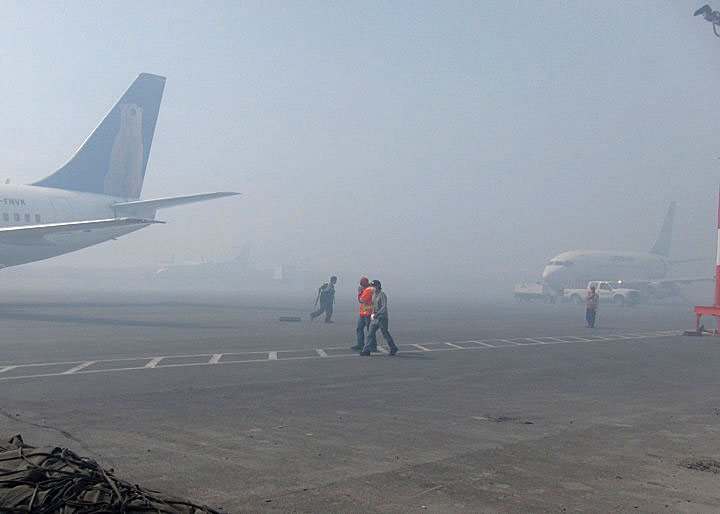 Rankin Inlet’s landfill fire continues to smoulder and create poor visibility at the airport as municipal officials wrestle with a remedy. Calm Air cancelled most Rankin flights that day and First Air’s Iqaluit-Rankin-Yellowknife flight did not land. As of June 25, fire crews had doused some sections of the fire but parts were still smoking. Officials say the landfill might have been smouldering all winter before flames began consuming garbage causing hazardous materials and containers to explode. Rankin Inlet’s acting senior administrative officer has been communicating with officials in Iqaluit where a landfill fire has been burning since May 20. (PHOTO BY DOUG MCLARTY/ARCTECH DESIGN)