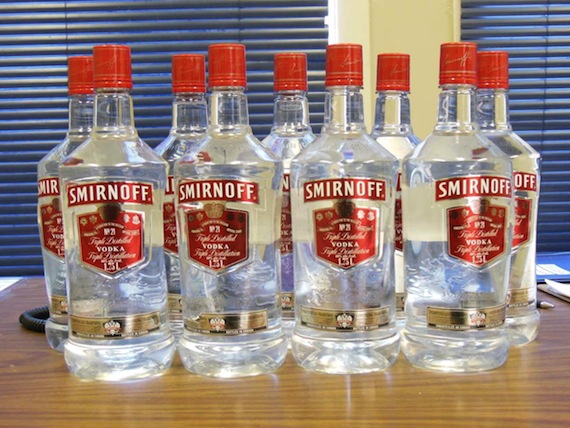 Here’s a look at the vodka bottles seized March 27 in Pangnirtung, one of Nunavut’s officially dry communities. On a tip from public, members of the RCMP detachment in Pangnirtung went to the airport there, where a March 29 news release said “they seized a large quantity of alcohol.” Nine 1.75 litre bottles of vodka, with a street value of $5,000 were seized from a local Pangnirtung resident, whom the RCMP did not identify. No information was provided about what fine, if any, the resident would face, although the RCMP said that “preventing the sale of illicit liquor is a high priority in the RCMP’s effort to reduce crime in the community.” (PHOTO COURTESY OF THE RCMP)