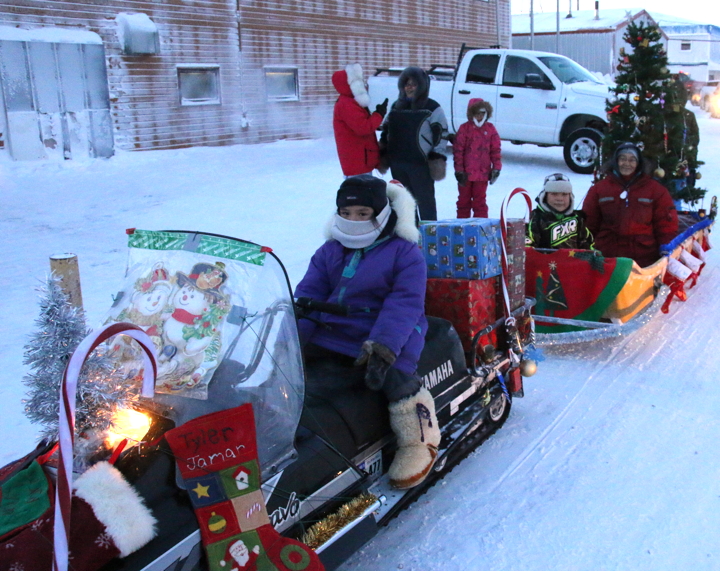 The cold doesn’t bother me anyway: A little “frozen” perhaps, but still able to enjoy a parade. Cambridge Bay kicked off the holiday season with its annual Santa Claus parade Nov. 29 followed by a coffeehouse charity event which raised $3,100 for the local food bank. Families lined the streets to watch the Christmas floats go by including this one, which lead the pack. (PHOTO BY KELCEY WRIGHT)