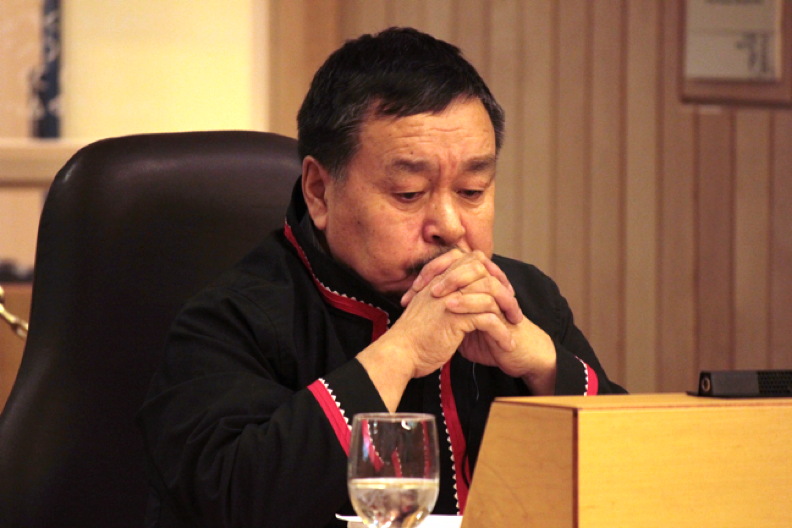 Uqquumiut MLA Pauloosie Keyootak, 62, in a photo from the recent winter sitting of the Nunavut legislature. Multiple sources said searchers found Keyootak down the bay from Iqaluit late March 31, along with his son Atamie Qiyutaq, 15, and nephew Peter Kakkee, 47, after they went missing some time between March 22 and March 24. They left Iqaluit on snowmobile, apparently for Pangnirtung, but never arrived when expected and a search and rescue operation began on Easter Sunday, March 27. Over five days, aerial crews from Nunavut, with help from the Joint Rescue Coordination Centre in Halifax, combed a grid of nearly 29,000 square kilometres over southern Baffin Island while volunteers with snow machines from Pangnirtung, Qikiqtarjuaq and Iqaluit searched the route from both ends. The three have been found alive, Nunavut’s Department of Community and Government Services confirmed late March 31. A Canadian Armed Forces Cormorant helicopter had been sent to retrieve them and transport them to hospital Thursday night. See story later on Nunatsiaqonline.ca. (FILE PHOTO)