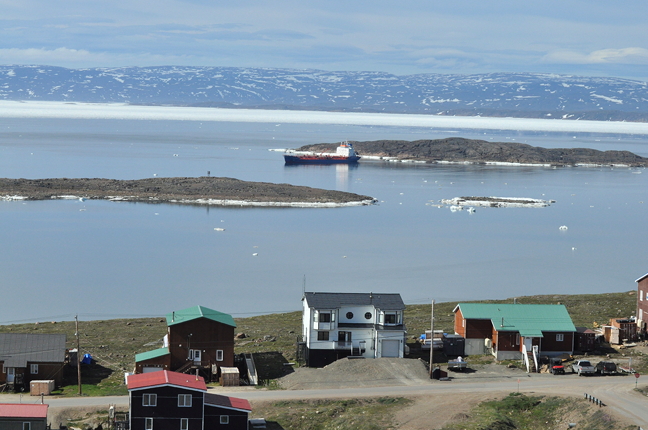 A sight for sore eyes: Iqalungmiut woke up July 4 to find the first ships of this year’s sealift season floating out on Frobisher Bay. The Canadian Coast Guard icebreaker, the Pierre Radisson, and The Travestern oil tanker, met up at the mouth of Frobisher Bay early July 3 before navigating to the Iqaluit shoreline, a member of the Canadian Coast Guard positioned in Iqaluit, Jean Pierre Lehnert, said July 4. The ships arrived late July 3, Lehnert said, eight days earlier than the first sealift ships last summer. Meanwhile, Transport Canada reports the Anna Desgagnes sealift vessel, on its way to Iqaluit, ran aground on its approach to Cap St-Michel July 3. There were no injuries and no reports of pollution. It was towed back to Montreal. Read more about that later on nunatsiaqonline.ca. (PHOTO BY THOMAS ROHNER)