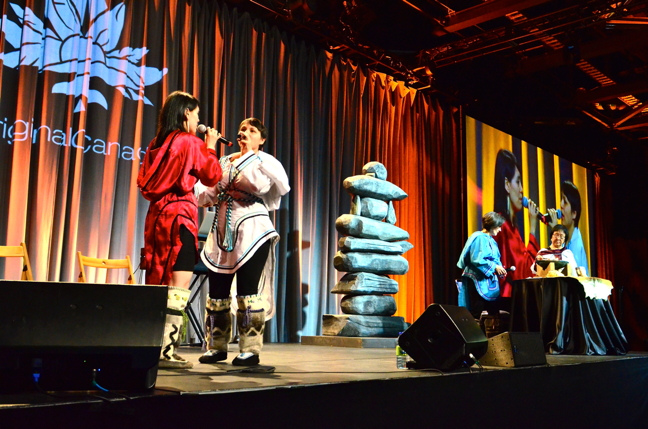 Beatrice Deer, in red, and Evie Mark throat sing April 26 for an audience in Montreal gathered for the annual Rendez-vous Canada travel trade show, the biggest such tourism trade event in the country. The regions of Nunavik and James Bay Eeyou Istchee were featured during a special luncheon sponsored by the Aboriginal Tourism Association of Canada. The Nunavik Tourism Association’s presentation included emcee and presenter Lisa Koperqualuk, Kangiqsujuaq elder Maggie Kiatainaq, who tended the qulliq, and entertainment from the throatsingers. Beatrice Deer also performed with a guitarist during the luncheon which attracted a rapt audience of about 1,700. (PHOTO BY ISABELLE DUBOIS)