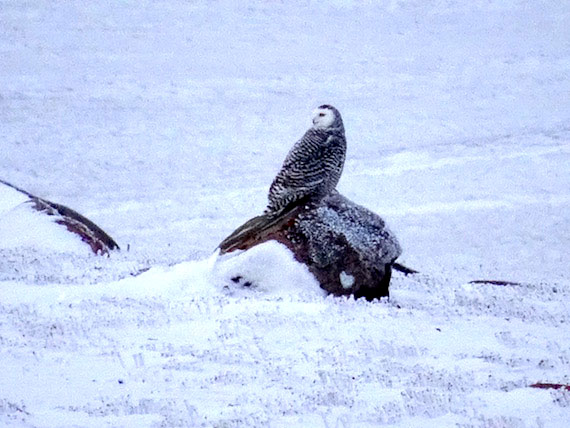 Snowy owls, such as this juvenile owl photographed last October near Cambridge Bay, are in trouble, new information from the International Union for Conservation of Nature suggests. For the first time, the IUCN now lists the snowy owl, whose scientific name is bubo scandiacus, as threatened. The owl’s designation jumped from “least concern” to “vulnerable,” because researchers have found its population is smaller than previously thought, and has declined by 30 per cent to 49 per cent over three generations. Climate change is among a number of factors threatening the species, affecting snow-melt, which in turn reduces the availability of rodent prey, the recently-released update of the IUCN’s Red List of Threatened Species says. The IUCN, with 1,300 member government and non-governmental organizations, is regarded as an authority on the status of the natural world. (PHOTO BY JANE GEORGE)