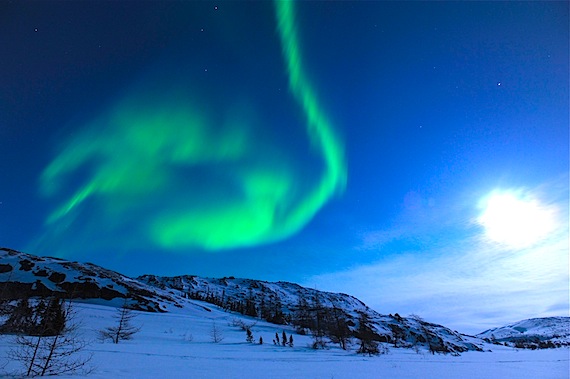 A powerful solar storm of magnetically-charged particles, which hit the Earth March 8, did not disrupt power grids or satellite communications as some feared. But it did, as forecast, produce a display of bright green northern lights, like this one near the Nunavik community of Kangiqsualujjuaq on Thursday evening. In the right of the photo, the moon, nearly full, also lit up the sky. (PHOTO BY PASCAL POULIN)