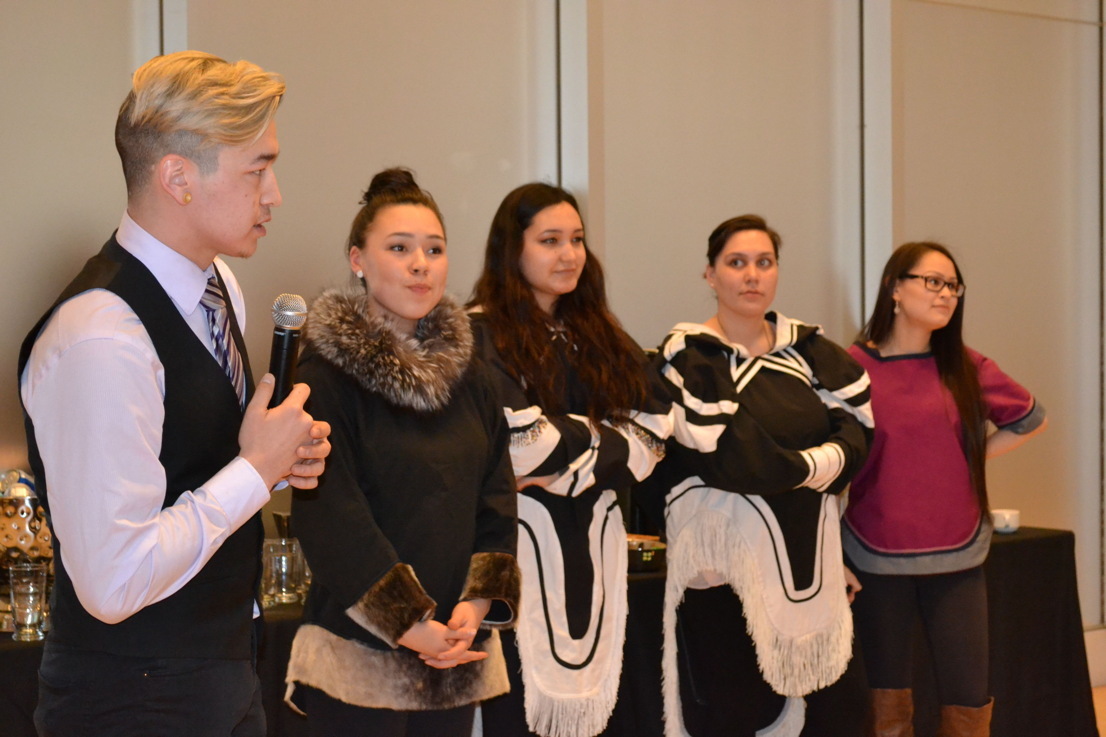 Robert (Adam) Akpik, a second-year Nunavut Sivuniksavut student from Iqaluit, acts as emcee during an Inuit games demonstration March 24 at the Canadian Museum of Nature in Ottawa. The demonstration was part of a series of annual workshops NS holds, in collaboration with Indigenous and Northern Afffairs Canada, for federal employees who want to learn more about Inuit and northern culture and history. More than 100 public servants — many of them from INAC, Statistics Canada and Employment and Social Developmet Canada — attended three workshops this year in February and March. (PHOTO BY SAMANTHA MITCHELL)