Photo: Suicide in the North, a circumpolar perspective 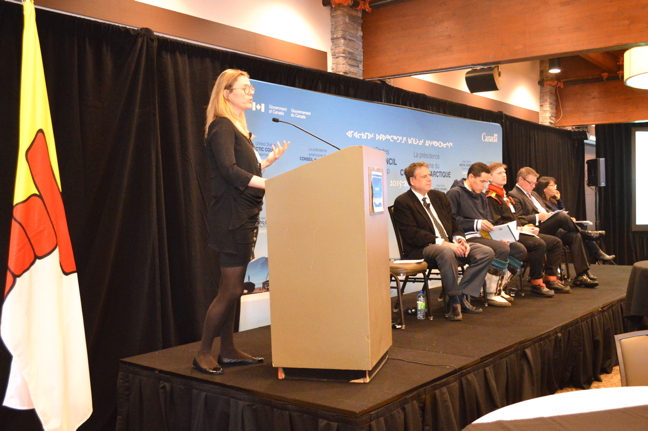 Greenland researcher Christina Larsen delivers a speech as part of a panel—which includes Inuit Tapiriit Kanatami President Natan Obed—reviewing the progress of suicide prevention across circumpolar nations. The panel is part of a two-day international workshop, hosted by the Arctic Council at Iqaluit’s Frobisher Inn, exploring methods of data sharing and statistics to track and prevent suicide. Speaking on Greenland’s own suicide prevention strategy, which was implemented in 2004, Larsen told the audience “we have to make the responsible authorities work together. If the police and the hospitals and the municipalities are not clear-cut in their coordination and communication, its not going to change anything.” The conference continues until March 2 and will contribute to an Arctic Council report on suicide expected in the coming months. (PHOTO BY STEVE DUCHARME)