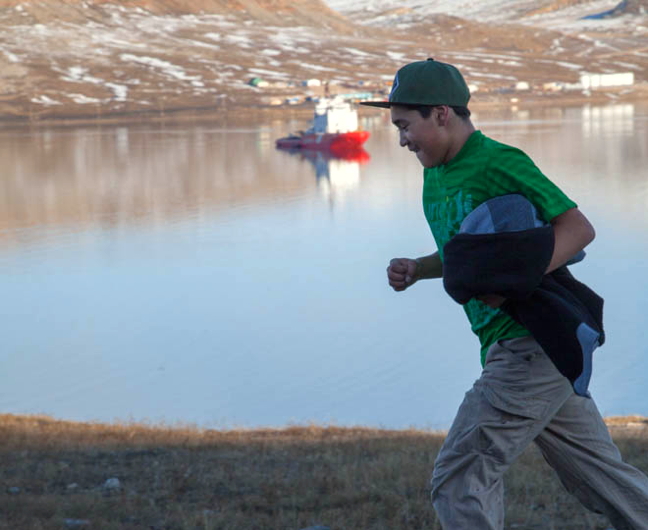 An Inuujaq School student participates in a Sept. 29 Terry Fox Run through Arctic Bay to celebrate the famous Canadian’s attempt to run across Canada after losing a leg to cancer during his Marathon of Hope in 1980. The cancer eventually spread and he died in 1981 but not before running more than 5,300 kilometres, from St. John’s, Nfld., to Thunder Bay, Ont., and raising $1.7 million for cancer research. Every year, schools across the country celebrate Terry Fox’s legacy by running, walking and raising money for the Canadian Cancer Society. And it just so happens, that’s the CCGS Terry Fox in the bay. (PHOTO BY CLARE KINES)