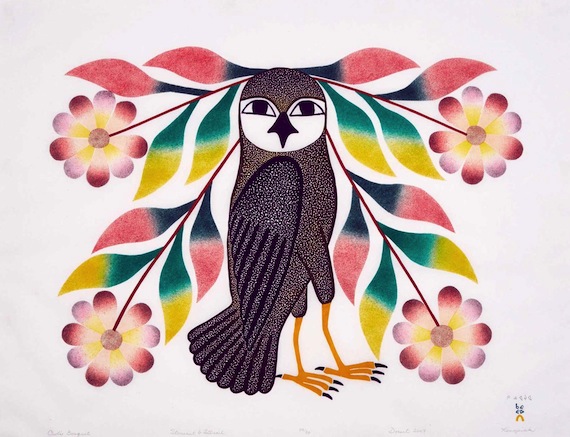 Kenojuak Ashevak’s Owl’s Bouquet attracts many admirers: The Dorset Fine Arts print sold for $6,875, June 27 in Toronto at a Waddington’s auction. which combined almost 200 pieces of Canadian, Inuit and Indigenous art, decorative art and collectibles. Ashevak’s Owl stonecut print from 2007 is featured on a commemorative bank note celebrating Canada’s 150th anniversary—and Waddington’s Inuit art specialist Christa Ouimet said the print received many comments from those at the auction and at its preview event. “What is this, some asked,” she said. “It’s on your $10 bill.” (IMAGE COURTESY OF WADDINGTONS)