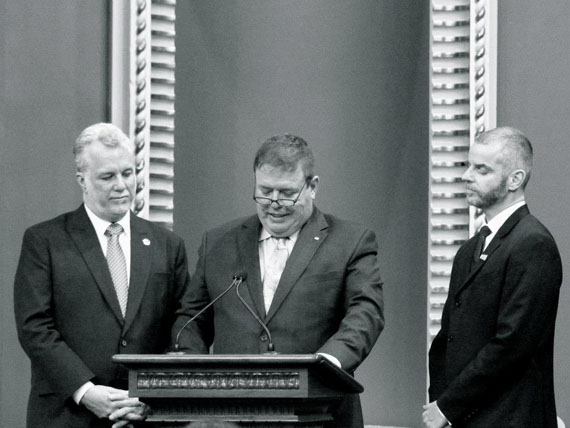 Newly elected Liberal Party of Quebec legislators were sworn in at the National Assembly April 17. Among them was new Ungava MNA Jean Boucher, centre, taking his oath next to Liberal leader and premier-designate Philippe Couillard, at left. “Today, I will take the oath to represent you with loyalty and honesty,” Boucher wrote in a Facebook post. “Thank you for your confidence.” (FACEBOOK PHOTO)