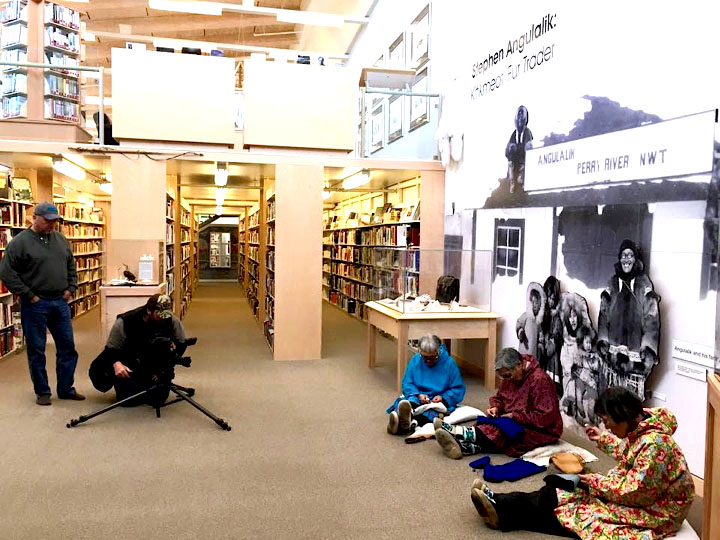 Elders Mary Kilaodluk, Annie Atighioyak and Mabel Etegik sew as a camera operator shoots the scene next to Tom Miranda (standing) in the May Hakongak library and cultural centre in Cambridge Bay. The elders will be featured on the television program “Territories Wild Bowhunting Adventure” which is broadcast on the Outdoor Network. Miranda recently shot a muskox for an episode and plans to include a community profile on Cambridge Bay as part of the show. Miranda said the elders have, “more experience and time in the wilderness then I ever will.” (PHOTO COURTESY OF THE KITIKMEOT HERITAGE SOCIETY)