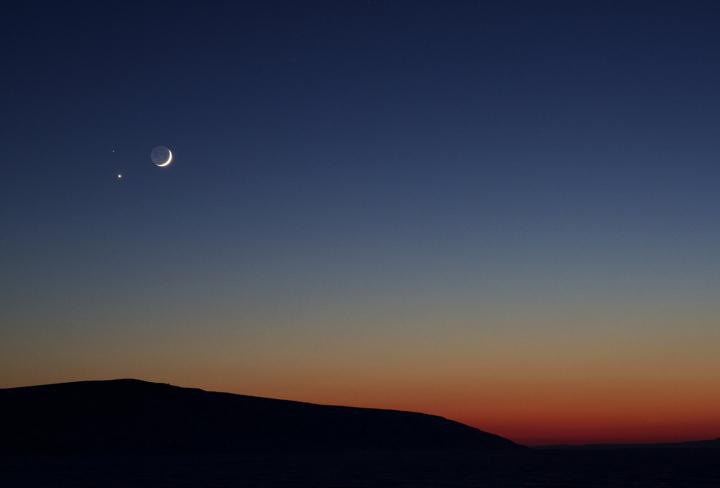 A rare congregation of moon and planets aligned over Arctic Bay Feb. 19 and photographer Clare Kines, who loves the night sky, was bundled up with his tripod to capture the heavenly gathering. It was just after supper and about -35 C when Kines went out with his camera, knowing ahead of time that Mars, the smaller dot, and Venus would be near the crescent moon. He fired off a dozen shots or so and switched lenses to get a tighter image. He said this was shot number two or three. (PHOTO BY CLARE KINES)